skip to main | skip to sidebar

In an effort to post more regularly, I offer you some new(er) music that's getting a lot of play with me on this summer Friday.

I can vouch for these. Check them out.

My Father's Day, First Pitches, and a Bit About Tim Russert

I don’t have a bucket list. I do have a mental list of things I’d like to say I’ve done, and yesterday I got to officially cross one off. I threw out the first pitch at a baseball game. Now, it wasn’t Fenway or even as I have always imagined, but I enjoyed the opportunity tremendously. It’s one of those things that is both easy and hard to check off of a list. DigiTel, the company I work for is a sponsor of the Mat-Su Miners based in Palmer, AK. Yesterday we were the primary sponsor for the game. It involved lots of giveaways, and the opportunity to throw out the first pitch. With my love of baseball and my years of playing the sport, I jumped at the chance. The combination of baseball and business makes it fitting that this event happened on Father’s Day. When I was a kid, my dad would come home from a full day of work to play catch, catch my often wild pitches, coach third base at games (who loved to send base runners to steal home), and was always the most supportive dad on all the teams I played on. 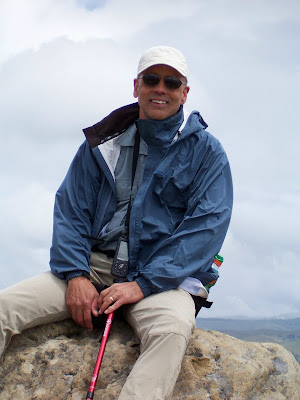 My dad has been a great example to me in business too. He’s always said that having a firm understanding of how the little things make up the big picture helps making big decisions easier.

Years and years ago, I took a summer job working as a contractor for his company while they went through an inventory management system installation. My work consisted of lots of data entry and working out the kinks on the database as it was implemented to the warehouse. Spending as much time with the warehouse guys gave me a good appreciation for how the blue collar working guys saw my dad. Union tensions were pretty high that summer as a few other unions went on strike, but getting the perspective of the union warehouse guys of my dad and his role in operations management let me know that he wasn’t just another ‘suit’ to them. Whether it was because he understood the parts of the whole, or because he found common ground relationally with the guys, they respected him and his role whether the union appreciated that or not.

He’s been an example of how to lead, how to organize and how to remain loyal despite the company not always being loyal to you.

I'm a weekly watcher of both Meet the Press and Tim Russert's MSNBC show, so the sad news of his death and the tributes that followed have been showing up in my Tivo recordings a lot the last few days. One thing Tom Brokaw and James Carville talked about on the special Meet The Press yesterday was how Tim Russert would become a fan of what his friends were fans of, he'd call Carville about LSU touchdowns, Mike Barnicle even mentioned how excited he was Thursday night about the Celtics coming back to beat the Lakers (I can't share that enthusiasm) with a midnight phone call. My dad shares this enthusiasm not just about sports teams, but will go above and beyond to learn about what his friends and family are in to. Whether it means buying an album on iTunes, sending articles about a particular industry to a friend, or calling the moment the last out of the Red Sox winning the World Series, he's dedicated to finding or creating common ground. 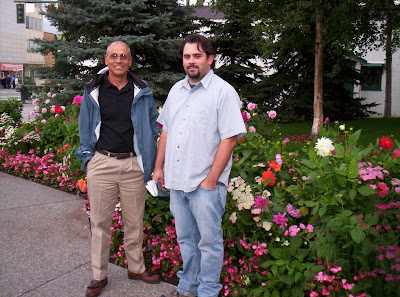 Whether baseball, business, or life, my dad has been a great influence on who I am and who I want to be. Thanks, Dad for the example, the advice (the more true; the harder to take), and for making time for a game of catch (even as adults). Know that I’ve found those times priceless.

turns out this post is all about gordon lachance I've been reading Wil Wheaton's blog as long as I've known what a blog was. Today is the first time that I can remember him writing about Stand By Me. Never a big fan of Star Trek: The Next Generation, but Stand By Me is #1 on my list of favorite movies. I'm sure it has to do with me being 12ish the first time I saw it. I've also read the book several times...and to truly prove just how big of a Stand By Me goof ball I am, my friends and I submitted Senior Memories for each of the 4 main characters in Stand By Me to our high school yearbook. Not only did Gordie, Chris, Vern and Teddy get immortalized in the Hillsboro High School yearbook in 1993, but also the members of U2 apparently graduated with me too. Seems like it would've been harder to get things published in the yearbook, but alas it wasn't even due to my being on yearbook staff that these slipped by.

(Photo via Wil Wheaton's flickr photos)
Posted by Matt at 7:11 PM No comments:

Every month the folks at Moose's Tooth celebrate the first tap of the month. Thursday night they did so with the help of Alt.Country/Americana royalty. I've mentioned Son Volt before as royalty when I saw them at the Fillmore in San Francisco just before jumping on a plane and returning to Alaska. So it wasn't my first time seeing them, but believe it or not in my nearly 5 years of living in Anchorage, this was my first time attending a first tap event. Local singer/songwriter Jared Woods opened the night with some sensitive songwriter songs...to which a friend who hadn't heard Son Volt before leaned over and asked if this is what Son Volt sounded like. I've seen Jared Woods several times in several different venues and combinations, but Thursday was the first time I didn't enjoy his schtick. It's common practice for bands that come to Alaska to book local talent to open for them. And I'm happy to see when Wilco (featured on the front page of Wikipedia today) plays in Anchorage in July, The Whipsaws are the opening act.
Once Son Volt took the stage, they hit hard and kept punching. Several classic Son Volt songs as well as a good mix of songs from The Search. It didn't seem like there was the same level of energy on stage in the Beartooth as there was at the Fillmore last year, but it may have been the difference between leaning against the legendary stage and being seated in a booth at the back of the theater pub. All in all, it was a great show and showed again that if musicians however big show up in Anchorage, the crowds will follow.
Posted by Matt at 2:28 PM No comments:

This work is licensed under a Creative Commons Attribution 2.5 License.

This is a Flickr badge showing public photos from mkinmotion. Make your own badge here.